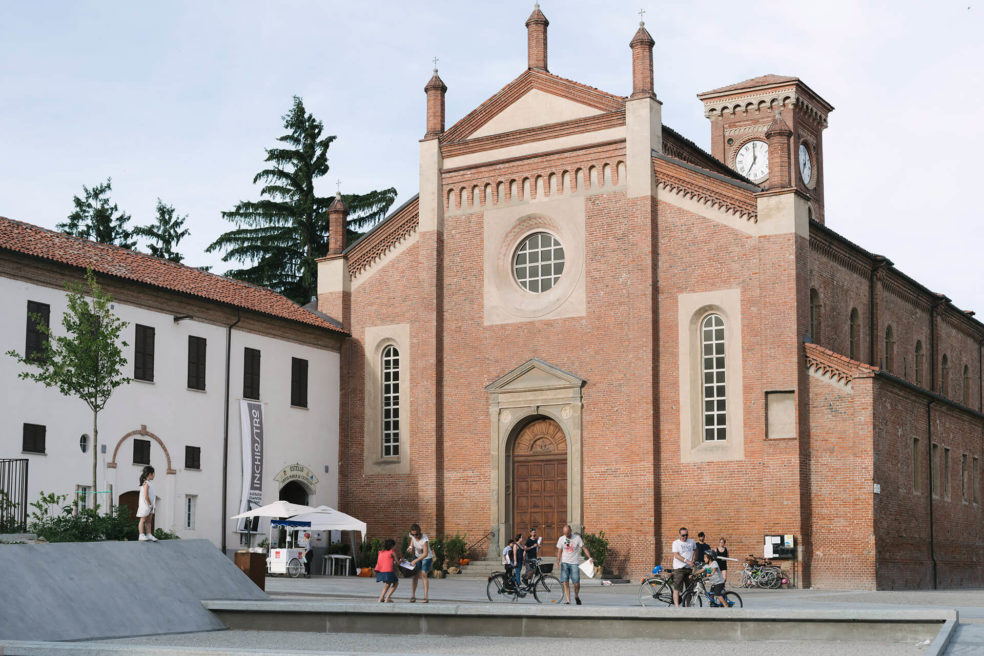 The church of Santa Maria di Castello, adjacent to the hostel, dates back, as it stands today, to the fifteenth century and blends in its structure styles of different epochs, such as the late Romanesque one of the building with the Renaissance portal and, inside, various works of later periods (the crucifix, the altar, the baptismal font, the sacristy). The church, elevated in 1629 to the status of abbey, was a parish church entrusted to the secular clergy. In 1805, during the French occupation, the monastery was transformed into a military warehouse. The building has a Romanesque-Gothic style and a Renaissance portal. The interior consists of three naves with cross vaults. The Church preserves a sixteenth-century sculpture representing the Deposition, made of polychrome terracotta, there is also a seventeenth-century wooden choir and a fourteenth-century tombstone belonging to Federico Dal Pozzo. The adjacent convent, where the hostel’s facilities are now located, is also very important, first entrusted to the Somaschi Fathers and then to the Sisters of Charity. In the Italian Risorgimento it was used as a barracks and hospital ward during epidemics in which contagious patients were isolated. Owned by the State Property, in 1866 it was partly used to house warehouses, prisons and guards. During the First World War it was used together with part of the church as a repository of the monopoly goods.

After the end of the Great War, the convent became the seat of the National Institute of War Orphans and later, entrusted to the Salesian nuns it hosted a school.